James C. Parker, my father, enlisted in the Navy in 1950.  It wasn't his choice, not really.  He received a draft notice from the Army and was terrified at the idea of serving because of the stories his oldest brother, John, relayed from his own time as an enlisted man in France during World War II.  Another older brother was drafted by the Navy and served his tour as a radioman during roughly the same period, but Walter experienced a very different war in the Pacific. 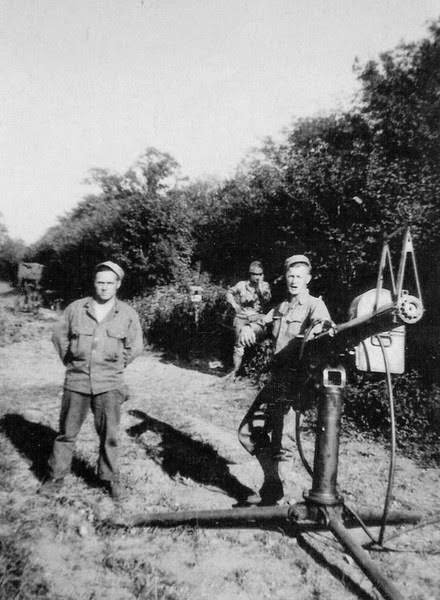 The family story goes that Jim waved his draft notice in front of a Navy recruiter and explained that if his number was up, he would much prefer the Navy to the Army.  The recruiter took the letter, crumpled it into a ball, tossed it in a nearby garbage can and replied, "What notice?  I didn't see a notice."  Jim was in the Navy.

Before receiving his draft notice, Jim was like a lot of middle Tennessee boys who moved to Detroit to find work.  The Depression had left a strong imprint in the South and the farms near Camden were still struggling to get by, despite the economic surge brought on by the US's entry into World War II.  When Jim arrived in Detroit in 1948, John and Walter were already living there, along with Jim's older sister, Polly, and her young family.  It wasn't exactly a boom time for the Parker clan, but everyone could afford meat at supper each night which, for Jim, was a sign of high living.

In Detroit, Jim found a job delivering milk for Sealtest Dairy, which was still using teams of horses in some parts of the city at that time.  As a country boy who had used horses and mules to work his father's farm, Jim's experience with and respect for animals made him a valued employee and he had big dreams of moving up the management ranks at Sealtest.  The skirmishes in Korea didn't fit in his plans to enjoy the money jingling in his pocket and the pretty girls who sashayed down Woodward Avenue.

Norma Cornett, my mother, met Jim at Gilead Baptist Church, a large congregation of transplanted Southerners looking for Old Time Religion and maybe a date on Saturday night.  When members of the church left for tours of duty, the social committees circulated their addresses and encouraged those left behind to write and keep up the morale.  Norma was serious about her responsibility to those who served to protect her country and wrote to many but, as is usually the case when writing to acquaintances, letters went unanswered by one party or the other.  Sooner or later, the correspondence dwindled, sputtered and ended.

Not so with Jim Parker.  Norma always maintained she was surprised that Jim wrote as often and as honestly as he did.  I'm not.  That man could talk (all Parkers can) and he needed an audience.  Norma was more than happy to oblige. This blog will include Jim's letters to Norma during a four year period from 1951 through 1954.

After Jim died in 2000, Norma took out the letters she had tied with silk ribbons and arranged in chronological order.   I have no idea how many times she reread them between Jim's death and her own, but I do know the letters were her most precious possessions.  In the spring of 2009, as we planned my vacation to visit her during the coming summer, Norma told me she wanted to read the letters with me because there were things in them that I would "probably have questions about."  She died that June before I could read the letters with her.  I've had some hard years of grieving, but I'm ready now.  As I read them, I'll post a transcript on the blog with my notes.  I won't scan the letters and put you through deciphering Jim's handwriting.  That would just be cruel. 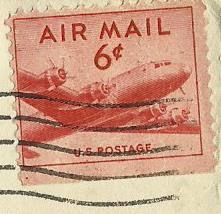